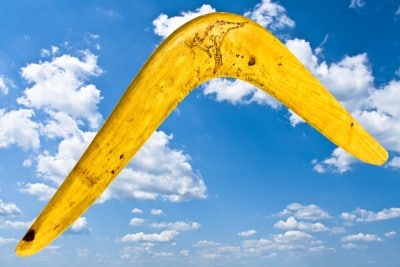 “Why do you look at the speck of sawdust in your brother’s eye and pay no attention to the plank in your own eye?” Luke 6:41

Lately, I have really been feeling my age. When I run into “kids” that are now in their twenties or thirties and I knew them back when they were just toddlers or elementary age, I can’t believe how the time has flown. Recently, we heard that one young man we have known since he was in First grade had graduated from college.  Hearing this brought a flashback of a Sunday afternoon from many years ago. Our Church service had concluded and the adults were lingering around and catching up on the latest news since we had all gathered the week before.  As usual, the kid’s had waited patiently at first. But when they realized their parents’ conversations showed no end in sight, the restraint was cast off and their energetic bodies began to bounce off the walls!  It is uncanny how clearly I remember this young first-grader and his second-grade brother running playfully after my daughters around the church building. What got my attention at the time and why I remember the incident so vividly now after all these years, is that these two young ordinarily well behaved boys were running after my daughters trying to conk them over the head with their Bibles!

The image is etched in my mind because it reminds me of some of the spiritual “clubbing” I have observed.  You know—when people use scripture to manipulate someone or make them feel  guilty, ashamed and condemned. If I were honest, and I am :), I would have to admit that I too have been known to “club” someone with the Bible a time or two.

During an earlier season of our marriage, I was feeling neglected by my husband. He was extremely busy pastoring and all that goes along with it. I felt he didn’t seem to have time for me and so I took out the arsenal. Unfortunately, everything I tried didn’t work. So I decided to get his attention by telling him what GOD thought about him neglecting his wife.  I began searching for that scripture that says husbands should treat their wives well or else!—Something like that or so I thought. I knew it was in 1 Peter, so I set out on my mission to find the verse and manipulate my husband into doing what I wanted him to do! (For the record, I am not proud of this!) I found the scripture. It was 1 Peter 3:7.

Husbands, in the same way be considerate as you live with your wives, and treat them with respect as the weaker partner and as heirs with you of the gracious gift of life, so that nothing will hinder your prayers.

Armed with the scripture, I was on my way when a still small voice asked me, “What do you think ‘in the same way’ means?” So I went back to my Bible to look at the preceding scriptures to find something that might answer the question. I saw the same phrase in 1 Peter 3:1.

Wives, in the same way submit yourselves to your own husbands so that, if any of them do not believe the word, they may be won over without words by the behavior of their wives.

So I continued to peruse the preceding verses for an explanation and my search ended at 1 Peter 2:21-23.

To this you were called, because Christ suffered for you, leaving you an example, that you should follow in his steps.  “He committed no sin, and no deceit was found in his mouth.”  When they hurled their insults at him, he did not retaliate; when he suffered, he made no threats. Instead, he entrusted himself to him who judges justly.

The scripture, with which I had intended to use as a weapon to “hit” my husband, had boomeranged and “hit” me! I felt the Holy Spirit speak to me that I was supposed to follow Christ’s example in my marriage. In the same way,  I was to:

When I began to follow Christ’s example, rather than nag, complain and threaten, I noticed things began to change. I had set out to judge and condemn my husband with the Word but it was a boomerang that came back and judged my unChrist-like behaviors and attitudes. Thankfully, God’s Word had accomplished what He sent it out to do. It brought peace and harmony into our marriage.

There are many people who like to judge others and use the Bible as a weapon to make themselves feel superior. Some use it to manipulate, condemn, or dispense guilt and shame. WARNING:  If you are one of these people . . . you better duck! LH 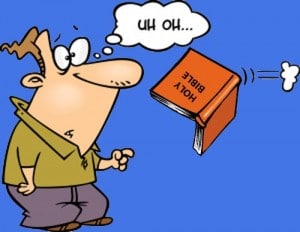 Click Here for PDF of The Boomerang Bible Study.

Most of us have probably witnessed someone “clubbing” another person with the Bible. The Bible is like a boomerang and always comes back around to “strike” our very own hearts.

Day 1 Read Matthew 7:1-5
We must not assume the place of God by deciding we have the right to stand in judgment over others. By not being forgiving and loving, the judgmental person testifies to his own arrogance.

Day 2 Read John 8:2-11
Note: This passage is not found in early manuscripts. But because of its long history, it has been included. The story offers us some insight into how Jesus dealt with such questions as this. He was interested in saving rather than exploiting and in forgiving rather than condemning.

Day 5 Read Isaiah 55:10-11
No matter how our deceitful hearts try to misuse the Word of God, this passage shows its effectual nature and the grace that works through it.