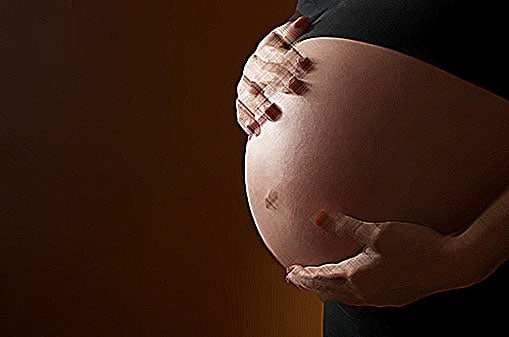 “Blessed is she who has believed that what the Lord has said to her will be accomplished!” Luke 1:45

(This past week we celebrated our One-year “Birthday”! After being “pregnant” with the dream for fifteen years, Better Off Read Ministries was born in December of 2011. I thought it would be fitting to repost Birthing A Dream, which was one of the first posts written. It has been a great year of ministry through speaking, monologues, posts and emails. The website has had over 7800 hits since we started. Our mission has been and continues to be to encourage individuals to read, study and follow God’s Word, the Bible . If you haven’t already, please consider clicking the “Like” button on this website and sharing our message with friends. We appreciate your prayers for guidance, direction and continued effectiveness. God has been faithful on the mountains and in the valleys. (VALLEY OF A VISION) May ALL glory, honor and praise be His!)LH

I have a confession to make. I did not enjoy every moment of every one of my pregnancies! Now as I am older, I wish I had. However, I can say the births of every one of my children are some of the most precious highlights of my life. Let me clarify—not the labor but the births! Back in the day, when I gave birth to my first child, it was trendy to video those things. I will never forget the time my mother first saw the video of my daughter’s birth. She was weeping. Weeping with joy, but mostly she was weeping with amazement at the whole miraculous process. Similarly, many times in my life, I have witnessed the birth of other people’s dreams. (Figuratively speaking, you might even say I was their Lamaze coach!)  I have wept with joy and watched in total amazement as I saw how God miraculously brought about the birth of someone’s dream. But I know from experience the pregnancy and labor of most dreams are not as jubilant.  Just think about Mary and her story in Luke chapter one.

In the sixth month of Elizabeth’s pregnancy, God sent the angel Gabriel to Nazareth, a town in Galilee, to a virgin pledged to be married to a man named Joseph, a descendant of David. The virgin’s name was Mary. The angel went to her and said, “Greetings, you who are highly favored! The Lord is with you.”

Mary was greatly troubled at his words and wondered what kind of greeting this might be. But the angel said to her, “Do not be afraid, Mary; you have found favor with God. You will conceive and give birth to a son, and you are to call him Jesus. He will be great and will be called the Son of the Most High. The Lord God will give him the throne of his father David, and he will reign over Jacob’s descendants forever; his kingdom will never end.”

“How will this be,” Mary asked the angel, “since I am a virgin?”

The angel answered, “The Holy Spirit will come on you, and the power of the Most High will overshadow you. So the holy one to be born will be called the Son of God. Even Elizabeth your relative is going to have a child in her old age, and she who was said to be unable to conceive is in her sixth month. For no word from God will ever fail.”

Tradition says she was in her early teens as betrothal commonly occurred soon after puberty. What is interesting to me is that Scripture does not record her being troubled by the incredible announcement and all the possible adverse impacts her consent might have on her reputation and relationships. It just says she was troubled by the angel’s salutation. Was she troubled because in that culture, it was unlawful for a man to greet a woman publicly? Or rather, was it that being particularly singled out and called highly favored confused her because of her humble situation as a peasant teenaged girl?

Another thing of interest is in this whole amazing conversation, Mary doesn’t say very much at all! (Tangent: One December when my daughter Annie was about 4 or 5 years old, I walked by her bedroom door, peeked in and noticed her just sitting quietly on the middle of her floor holding her doll on her little lap. I proceeded to the laundry room to get a load of clothes and returned back to my bedroom to fold them. Passing by, I peeked in again, seeing her still sitting quietly with her doll on her lap. Not wanting to bother her I continued on to my bedroom. Several minutes later I passed by her room again and noticed her still sitting quietly. By this time, my curiosity demanded an explanation!  “What are you doing?” I asked. She replied, “Oh, I’m just practicing being Mary for our Christmas play.”)

What dreams has God conceived in you? Don’t be discouraged. The gestation of a dream can take many years and require discomfort and sacrifice as God is developing and preparing you and those around you. I was pregnant with Better Off Read Ministries for 15 years! Having said that, I am sure there was a time or two during Mary’s pregnancy that she thought of her relative, Elizabeth, who had given birth to a bouncing baby boy from her previously deteriorated lifeless old womb and remembered her encouraging words. May these words with which Elizabeth encouraged Mary also encourage you.  “Blessed is she who has believed that what the Lord has said to her will be accomplished!” (v. 45) Ok, breath with me now. Hee-hee-hoo, hee-hee-hoo! LH

(Many of the posts on this website are accompanied by a “Just Say Know” Bible Study broken up into 5 days. The Study is designed to take you no more than 10 minutes each day. For a printable copy of this Bible study on Birthing A Dream, CLICK HERE.)