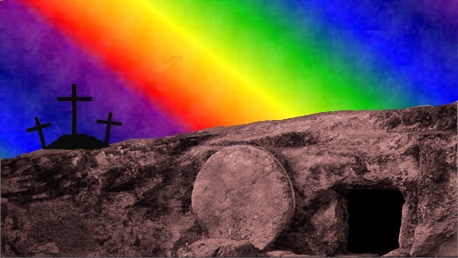 The story is told about a store manager who overheard his clerk tell a customer, “No, ma’am, we haven’t had any for a while, and it doesn’t look as if we’ll be getting any soon.” Horrified, the manager came running over to the customer and said, “Of course we’ll have some soon. We placed an order last week.” Then the manager drew the clerk aside. “Never,” he snarled, “Never, never, never say we’re out of anything–say we’ve got it on order and it’s coming. Now, what was it she wanted?” “Rain,” said the clerk.

Although humorous, this story unfortunately illustrates a major American epidemic. Lying seems to be a way of life for many people. The book, The Day America Told the Truth by James Patterson and Peter Kim, states that 91 percent of those surveyed lie routinely about matters they consider trivial, and 36 percent lie about important matters; 86 percent lie regularly to parents, 75 percent to friends, 73 percent to siblings, and 69 percent to spouses. Other studies confirm these sobering statistics. I recently read an article about a study that was conducted at the University of Massachusetts in which researchers asked two strangers to talk for 10 minutes. The conversations were recorded, and then each subject was asked to review the tape. Before looking at the footage, the subjects told researchers that they had been completely honest and accurate in their statements, but once the tape rolled, the subjects were amazed to discover all the little lies that came out in just 10 minutes. In fact, 60 percent of the subjects lied at least once during the 10-minute conversation and told an average of two to three lies. The Associated Press also released the results from a poll on this very topic which showed about half of Americans thought it was sometimes OK to lie. However, when given specific scenarios, two-thirds said it was sometimes OK to be dishonest. (See study )

Lies like the following are said so often, you almost can’t read them without cracking a smile.

Although it may not seem very serious when you are the one telling a lie, the perspective drastically changes when you are on the receiving end. City-Data.com, an online forum asked its readers, “What is the biggest lie someone has told you?” The responses were heart wrenching. Broken hearts from internet dating, infidelity and breaches of trust are no laughing matter.

But every spring when Easter is celebrated, we are not only reminded of how high and deep is God’s amazing love through Christ’s death and resurrection, we are also reassured of His trustworthiness.  I love the scripture where the women come to the tomb, and the angel tells them, “Do not be afraid, for I know that you are looking for Jesus, who was crucified.  He is not here; he has risen, just as he said. (Matthew 28:5-6) Three times, we see in the book of Matthew, Jesus told His disciples that He would be raised from the dead on the third day  (Matthew 16:21, 17:22-23, 20:18-19)  and it happened just as He said! In addition, there are several other fulfillments of God’s Word that we witness in the Easter story proving over and over His trustworthiness. He foretold:

While we live in a world where deception and lies are the norm, we see in the Easter story that God isn’t a man that he would lie, or a human being that he would change his mind. He has never spoken and not done it, or promised and not fulfilled it! (Numbers 23:19) LH

(Many of the posts on this website are accompanied by a Bible Study broken up into 5 days. The Study is designed to take you no more than 10 minutes each day. For a printable copy of this Bible study  Click Here )

JUST AS HE SAID

There are numerous accounts in both the Old and New Testaments, where scripture records the fulfillment of God’s Word just as He said.

The story of Abraham is a wonderful example of how God keeps His promises and How nothing is impossible for Him.

In today’s reading we see God speaking through His prophet, Samuel.

I love the personal aspect of this Word/promise that was given in this scripture.

There are so many other examples of God’s Word being fulfilled. If you like, you can do a search of your own of the phrase “in accordance with word of the Lord” at Biblegateway.com for several other amazing stories. This last day, let’s look into what the Bible says about lying.