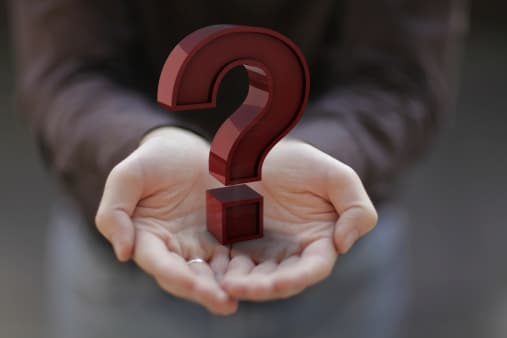 “I tell you the truth,” Jesus replied, “no one who has left home or brothers or sisters or mother or father or children or fields for me and the gospel will fail to receive a hundred times as much in this present age (homes, brothers, sisters, mothers, children and fields–and with them, persecutions) and in the age to come, eternal life. Mark 10:29,39 NIV

Every morning while we are waiting for my daughter’s bus to pick her up for school, she and I pray. I usually go first and pray that God would protect her and keep her safe, that He would give her favor and that He would use her to touch the lives of the people at school.  Then my daughter will finish by praying for the people on her list, people for which she has faithfully prayed for quite some time now. However, on one particular morning after I had prayed, “Dear Lord, use my daughter to be a light in her school and let her smile bless others today.” She calmly prayed, “Dear God, please use somebody else today.” and she was done. The bus came and she left for school. Because it was so out of character for her it left me a tad bit stunned.

My daughter had a bad morning and I couldn’t fault her as she prayed honestly what was in her heart. But God used her prayer to convict me of the many times I did not obey something I felt God was asking of me because I did not want to be inconvenienced or to sacrifice in any way. It reminded me of something I learned in my Social Psychology class years ago, the bystander effect also known as bystander apathy or Genovese syndrome . It is when witnesses of a problematic event do nothing when they could or should.  ABC has a TV show that highlights this behavior, What Would You Do?, hosted by reporter John Quinones.  The show is about setting up staged scenarios that usually have to do with an injustice and hidden cameras record the reactions of bystanders. The series looks at what people do in the face of dilemmas that test their character and values.  I have only seen it a few times but it was enough to see that the results of bystander apathy can be grisly and horrific. You can’t come away watching the show without asking yourself the question, What would you do in that situation?

Sometimes when I read God’s Word, I ask myself if that were me, what would I have done? Think about Gideon, hiding out from the Midianites who had been ravaging the Israelites for seven years. Sure, he needed a few signs to insure he was hearing God correctly, but when he was asked to save Israel, he did as he was told. Even when God told him, he has too many men and gave Gideon interesting instructions to eliminate men, he still walked in obedience. What would you do? Has God ever asked you to do something that is way above your capabilities? It cost Gideon to do what he did, but God rewarded him. (For more on Gideon, click on the “Just Say Know” Bible Study link at the bottom of this post.)

The Bible is full of more stories of men and women who gave up everything for God. There is Job, who had EVERYTHING taken away from him except the ONE thing he probably wouldn’t have minded losing, his wife! In all his affliction, the Bible says he did not charge God with wrongdoing and even more incredibly, he actually praised God through it all! There is Daniel, Esther, Mary, the disciples, Paul and many more who put their lives on the line. What would we do if we were in their shoes? Would our response have been “God use someone else”?

Even in our present day there are many men and women who daily sacrifice their lives for Christ and the Gospel? They pay a high price to share the gospel with their countrymen. Even just days ago, the Iranian government has demanded an Assembly of God church in Tehran give them a list of their members’ names and ID numbers. Church leaders then asked members to volunteer their information. What would you do? For full story CLICK HERE.

Last month, my husband and I celebrated our 25th wedding anniversary. We had been planning a trip to Hawaii for most of those years! Because of our situation, having two children with special challenges, we don’t get away much as a couple. When we were involuntarily bumped from our flight, had to drive to Portland to catch a flight and lost two days of our vacation, I was upset with God even though I know He divinely orders our steps. In my heart I was saying, “Dear God, please use someone else today.” Actually I didn’t even use the word please! Long story short, because of the change in circumstances, we were at a place in Oahu that we wouldn’t have been at if things went the way we had planned. We ran into a family we did not know who “coincidently” lived in the same town we did.  We shared with them and who knows what God will do with those seeds planted. When I read news like what is happening in Iran and of many modern-day martyrs I am ashamed that I neglect to do what I am asked because of personal inconvenience. I am ashamed of my “bystander” mentality. Not only is any sacrifice we make for Christ miniscule in comparison to what He has done for us, He has also promised that everything we give up will be replaced a hundredfold in THIS life and in the next! May you be inspired by our brothers and sisters who are willing to give up everything. LH

Voice of the Martyrs has many ways for you to help the persecuted church. For more information on supporting VOM with your prayers or finances CLICK HERE.

What Would You Do?