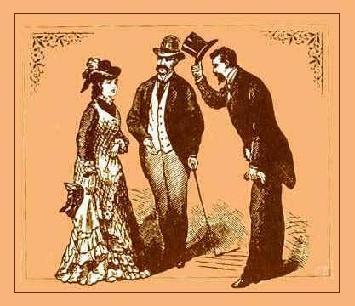 So in everything, do to others what you would have them do to you, for this sums up the Law and the Prophets. Matthew 7:12 NIV

Very early in my ministry, I heard a life-changing sermon on King David and how he aspired to build the Temple to house the Ark of the Covenant. Even though according to God, David was a man after God’s own heart (Acts 13:22), he was not chosen for the task. The explanation God gave to David for denying this aspiration was that he was a warrior and had shed blood (1 Chronicles 28:3). Solomon, whose name means peaceable or peaceful and who had a peaceful reign, was selected to build the Temple. The speaker asserted that ministers were supposed to be “temple builders” ministering God’s peace and love. They were not to be “warriors” or activists who angrily fought and debated ideas. For me, the personal application of that sermon related to politics. I have always loved to follow politics and have the capability to get very “passionate” when it comes to the subject. But my heart’s desire is to be a “temple builder”.  I want to minister God’s love and peace and take as many people with me to heaven as I can.

When entering the adult world, it didn’t take long to discover that I wasn’t the only one who struggled in this area. Politics just seems to be the one topic that most makes people talk and act in ways they shouldn’t. (The other is religion!) I remember a time when my husband wore an old t-shirt to a church function. It was one month before the 2008 elections. The shirt had been a gift from my father who had been the Director of Human Resources for a company called McCain Foods. The shirt had the company logo on it which was essentially the word McCain.  Need I say more? People were relentless and my husband got more grief than usual from dressing himself! Completely unaware, he had inadvertently and innocently donned the “controversial” t-shirt. We learned a valuable lesson that day. Even in the Church, Politics can be very divisive. I have been keenly aware that just by telling which political party that I lean towards, I can alienate many who I want to reach for Christ. Because of this, for years, I have refrained from public debate on the subject.  I have refrained from posting yard signs, placing bumper stickers or engaging in social media discussions on politics— until this week.

I have been watching the news, reading the blogs and social media discussions. I am troubled by the incivility. Sadly, as I mentioned before, the church is not exempt from this hostility that typifies American politics.  After witnessing a very volatile discussion on facebook, I prayerfully went against my policy and posted a comment. The discussion was brutally bashing the Chick-Fil-A founder accusing him of giving thousands of dollars to “Anti-gay”, homophobic, hate-mongering organizations that spew hatred of gays and actively seek to deny civil rights. It disparaged “fundamentalist” Christians who ignorantly misread the bible and hold to judgmental and hateful beliefs. The assertion was that this fight isn’t about religion or Christian doctrine, it is about public policy and equal rights.  I had to speak up. The following was my comment:

Randy, I appreciate your acknowledgement that the people who were eating at Chick-Fil-A a couple of days ago “probably says more about people wanting to support what they perceive as Christian persecution than a specifically ‘anti-gay’ attitude.” I also appreciate Janet’s concession that the vast majority of Christians are not hateful about “Marriage Equality” or as many Christians would call “Traditional Marriage Values”. However, many Christians would disagree that this is just a matter of public policy and not of religious doctrine and their 1st Amendment rights. From a quick search, these are the “Anti-gay” organizations that the Chick-Fil-A CEO contributed to from 2003-2008, the last year for which public records are available. (The following information was taken from equalitymatters.org)

Many Christians are very concerned, even more so after mayors from Boston, Chicago, and San Francisco spoke out. Any religious organization that holds traditional marriage values like the organizations above can be unjustly labeled “Anti-Gay” and denied the protections actually granted to them by our constitution.

Everyone does not have to agree with my opinion, but can we discuss it politely with mutual respect and civility? Yes, I believe it is possible to have a polite discussion with friends, family and acquaintances on the opposite side of the political fence. But first you have to make the commitment to be polite. This means we must avoid rude statements that are proclamations of personal opinion, language that is highly charged and disparaging remarks about your opponent’s personhood, intellect, ideas or beliefs.

“But” is a very helpful word in polite discussions. Open with something positive or something you agree on “but” then voice your concern. Take the time to listen to the other person’s position and acknowledge any merit in their opinion. This will enhance the conversation and communicate that you have respectfully listened. Politics is more emotionally charged and explosive than ever but each one of us can be a catalyst for change. I recently read of an initiative entitled Choose Civility that was implemented in Howard County, Maryland. The initiative was inspired by the book, Choosing Civility: The 25 Rules of Considerate Conduct, by Johns Hopkins University Professor Dr. P.M. Forni.  It began as a grassroots effort with an appearance by Dr. Forni at Howard County Library’s Professional Development Day in 2006.  The central theme of Forni’s book resonated with Library administrators and other community leaders and now is a hallmark of the county.  Residents aspire to live the vision and appreciate the reminder.  They assert civility is a journey, not a destination. To help with that journey, the Choose Civility initiative promotes the following 15 of Forni’s rules as guiding ideas and principles through community events, classes, activities, and marketing tools.

Respect other people’s time and space

Accept and give praise

Accept and give constructive criticism

Be a considerate guest

(For more information and resources on the Choose Civility Initiative CLICK HERE.)

Forni’s rules can be summed up with one rule, The Golden Rule! When it comes to politics, we can still be “temple builders” and not “warriors” with “blood” on our hands. Let us be politically polite and set the example during this election year. LH