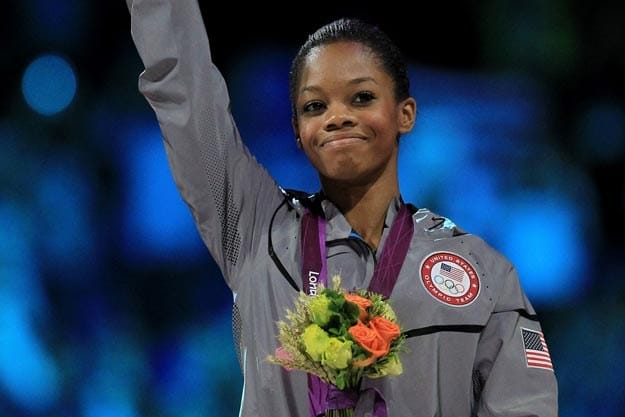 I promise that I will honor those who honor me. 1 Samuel 2:30 GW

Well, another Olympics has come and gone. I am always inspired by the discipline, determination and sacrifice of the competing athletes. They start very young in life learning, practicing and denying themselves many of the things in which the rest of us indulge. From a strict diet to rigorous daily workout regimens, every part of their life is consumed with winning Gold.

Equally inspiring to me, is when an Olympian emerges with the Gold medal and after all of their self-denial, self-sacrifice and self-discipline they give the praise, honor and glory back to God, acknowledging it is in Him they live, move, and have their being. For me, one of the highlights of these London Olympics was Gabby Douglas. After the gymnast became the first American woman to win both the Team and Individual All-Around Gold Medals, this was her response to the sports reporter, “I give all the glory to God. It’s kind of a win-win situation. The glory goes up to Him, and all the blessings fall down on me.” She also tweeted, “Let all that I am praise the LORD; may I never forget the good things he does for me.”

Unfortunately, there were many who were not inspired by this act of humility.  One columnist for Salon stated, “Gabby Douglas is now officially a star. When she won the individual gold medal in women’s gymnastics in London Thursday, the breakout darling of the 2012 games, she immediately found herself a celebrity worthy of a cereal box. If her performance in the women’s individual all-around didn’t blow your mind, you cannot possibly have been paying attention. Yet after her victory, one of the first responses that truly resonated for me was from a colleague who noted, “I would like her more if she were not so, so, so into Jesus.”

This seems to be a reoccurring scene—Christian athletes live out their lives in the public arena and meet with public disdain. (see Every Knee Shall (Te)Bow) While this negative sentiment towards athlete’s display of faith may seem more prevalent today, it certainly isn’t new. One of my favorite movies, Chariots Of Fire, tells the inspiring story of Eric Liddell, who refused to run in his best event, the 100 meters, in the 1924 Olympics because the preliminary heats were scheduled on a Sunday. He had to contend with a lot of negative press over this decision because many did not understand the nature of his convictions. Remarkably, Liddell decided to run the 400m, a race in which he was not considered a favorite, and won the Gold by a 6 meter margin and set a new world record! When asked about his win, he replied, “The secret of my success over the 400m is that I run the first 200m as fast as I can. Then, for the second 200m, with God’s help I run faster.”

What I love about Liddell’s story is that he not only honored God in the 1924 Olympics, he honored God with his whole life. He turned down many lucrative job offers to heed the call to be a missionary in China. He lived a short life, dying in February 1945, aged 43, of a brain tumor in a Japanese internment camp in China. Even so, many tell the story of how he greatly impacted their lives. (A wonderful full length documentary of Eric Liddell’s biography sponsored by Truth For Life can be seen on Youtube by clicking HERE).

While it is true most of us will never ascend to the top podium to receive a gold Olympic medal and publicly honor our creator who is responsible for our very breath, we do have opportunities to bring Him honor every day. 1 Corinthians 10:31 says “So whether you eat or drink or whatever you do, do it all for the glory of God.” Whatever we do as an act of love and obedience brings honor to God. I remember years ago when I was in a different season in life, my four kids were ages six and under and I didn’t really consider myself a “minister”.  I was at the grocery store heading down the frozen food aisle and I looked up and saw a lady coming in my direction. I smiled and said, “Good morning” and proceeded to push my cart. The woman stopped me and said, “I have to tell you how much your smile just meant to me this morning.” She had a very bad morning and said she felt the comfort of God through my smile. Though I thought it was an odd thing to say, I came away realizing how even the simplest and seemingly insignificant things can make a difference and bring God glory. LH