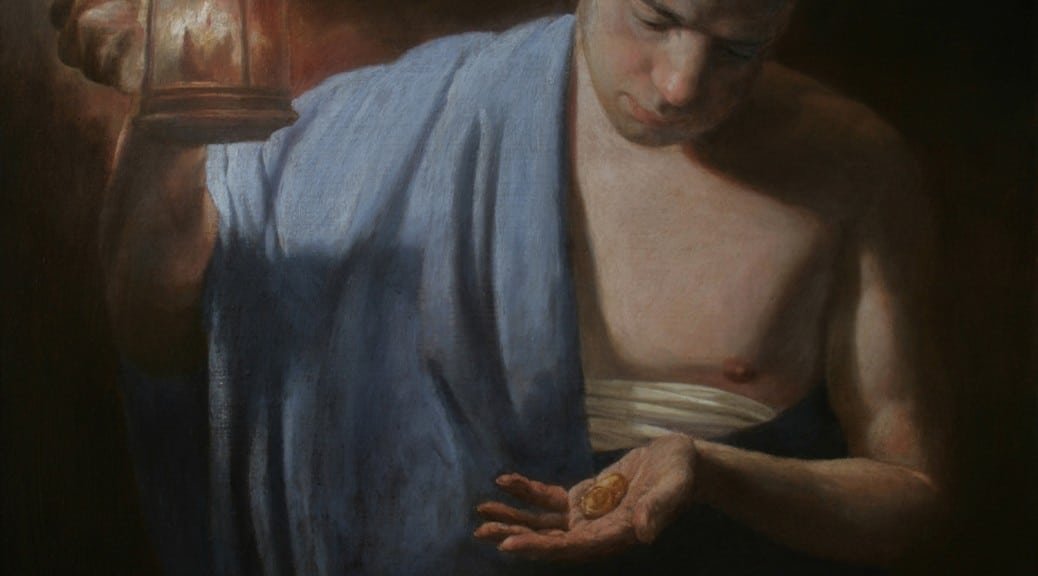 To one he gave five talents, to another two, to another one, to each according to his ability. Then he went away.  Matthew 25:15 ESV

The other day I stumbled upon one of the most amazing things I have ever seen on Youtube. I try not to take up people’s time by sharing links unless I feel that the benefits will far outweigh the inconvenience.  Well today is one of those days!

This was a life-changing video that spoke deeply to me. Partly because I have two children with Cerebral Palsy but it was more than that.  Please take a few moments to view the following video. Trust me. You will not be disappointed!

This brief account of Paul Smith’s life reminded me of the Parable of the Talents which I have read many times but today now see differently.  Let’s take a look at this parable.

14 “Again, the Kingdom of Heaven can be illustrated by the story of a man going on a long trip. He called together his servants and entrusted his money to them while he was gone. 15 He gave five bags of silver to one, two bags of silver to another, and one bag of silver to the last—dividing it in proportion to their abilities. He then left on his trip.

19 “After a long time their master returned from his trip and called them to give an account of how they had used his money. 20 The servant to whom he had entrusted the five bags of silver came forward with five more and said, ‘Master, you gave me five bags of silver to invest, and I have earned five more.’

21 “The master was full of praise. ‘Well done, my good and faithful servant. You have been faithful in handling this small amount, so now I will give you many more responsibilities. Let’s celebrate together!’

23 “The master said, ‘Well done, my good and faithful servant. You have been faithful in handling this small amount, so now I will give you many more responsibilities. Let’s celebrate together!’

26 “But the master replied, ‘You wicked and lazy servant! If you knew I harvested crops I didn’t plant and gathered crops I didn’t cultivate, 27 why didn’t you deposit my money in the bank? At least I could have gotten some interest on it.’

28 “Then he ordered, ‘Take the money from this servant, and give it to the one with the ten bags of silver. 29 To those who use well what they are given, even more will be given, and they will have an abundance. But from those who do nothing, even what little they have will be taken away.’ 30 Now throw this useless servant into outer darkness, where there will be weeping and gnashing of teeth.’ (Matthew 25:14-30 NLT)

The story of this  amazing typewriter artist has really made this parable come alive to me. What amazing stewardship to take the limited resources with which he was given then honing them and offering up such inspiration. Unaware that they are stewards, many  people “bury” their talents. This passage of scripture has some important insights and admonitions regarding this.

1. The “Talents” Are Given And Entrusted To Us

The Bible says that this parable “illustrates” or is like the Kingdom of Heaven. So this story should demand our attention.  The passage says the gifts were entrusted to the servants. (v. 14) This word in the Greek means “to deliver to one something to keep, use, take care of, manage”.   This implies that we are just stewards of these “talents” that God in His great wisdom and power gives to us according to our abilities. (v. 15) Elliott’s Commentary asserts that the “talents” refer to a man’s energies, gifts, and capacities. So all these things we have are not our own. They are given. (Ephesians 4:8, 11; 1 Corinthians 12:4) Spurgeon said God’s servants “have received their all from him, and have nothing they can call their own but sin.”  I’m thinking this should totally eliminate all pride and boasting!

2. We Will Give An Account For How We Stewarded Them

The Master eventually returned and asked for an accounting for the talents that were given to the servants. (v. 19) Likewise, Christ will return and we will have to explain what we did with what was given to us. (Romans 14:12, 2 Corinthians 5:10, Hebrews 9:27) Here again we see that concept of stewardship. We are to manage these gifts in a way that satisfies and brings glory to the Giver. His interests should always be foremost in our mind.  Everything that we are given is not of or for ourselves to use for our own purposes or benefit.

3.  We Are Expected To Use Them Prudently

The first two servants who were good stewards of what they were given, received praise from their master. But the servant who buried his talent was rebuked. The master called him wicked and lazy because he did nothing with what he was given. Something that got my attention was the Greek word, poneros that is translated wicked here is the same word used to describe Satan. Yikes!

4. There Will Be Consequences

As each of the servants gave an account for what they did with their talents, each received a consequence. (vv. 21, 23, 28) Interestingly the servant with the 10 talents and the one with the 4 initially reaped the same exact reward. They were both told, “Well done, my good and faithful servant. You have been faithful in handling this small amount, so now I will give you many more responsibilities.”

The servant with the one talent received some very severe consequences. When I was a child, my father rarely had to punish me with a spanking. His approval was so important to me that when I did something wrong, just his disapproval was sufficient punishment. Similarly, I want to go about my life bringing joy to my Heavenly Father. To hear the words spoken, “You wicked and lazy servant!” would be a detriment.  But there were much more severe consequences. What he had was taken away and he was thrown into outer darkness.

When I look at the story of Paul Smith in light of this parable, I believe that all of us, no matter what we were given to begin with will hear those words, “Well done, my good and faithful servant” if we are prudent, hardworking and do everything for the glory of Christ. I think of the many hours Smith must have worked on his art with his limited physical ability. The joy and determination he expresses is beyond amazing. How many of us would spend our life in bitterness and excuses if his lot had been ours? Jesus’ words should leave us sobered. “To those who use well what they are given, even more will be given, and they will have an abundance. But from those who do nothing, even what little they have will be taken away.”

Many people compare their talents to others and in doing so decide to  quit altogether.  I love Paul Smith’s response to those who say, “I could never do that.”

2 thoughts on “The Steward”