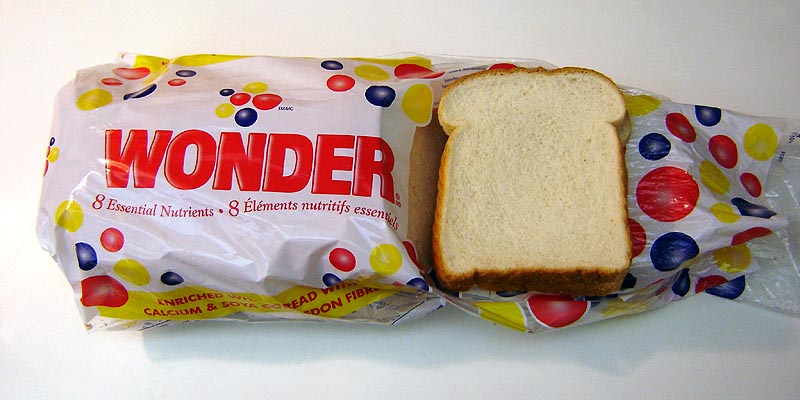 Then Jesus declared, “I am the bread of life. He who comes to me will never go hungry, and he who believes in me will never be thirsty. John 6:35

I took my first Spanish class in Eighth grade. Back then, the way they taught beginning Spanish was to have students listen to records. Yes, records. No, we didn’t have to manually hand-crank the turntable! One of the very first things I learned was how to say “Pass me the bread.” “Pasa mi la pan.” In my mind I can still hear the woman on the crackley record repeating this over and over. Looking back, I guess it was a good place to start since bread is an important staple in many cultures. It turns out archeologists have found evidence that it is also one of the oldest prepared foods. Something else I find interesting is that the word companion comes from the latin word com- “with” + panis “bread”.  Anyone with bread is a friend of mine! In the 1950’s the beatnik community started the use of the word bread as a euphemism for money. Today, we use it as a metaphor for the basic necessities of life as in “bread-winner” and “putting bread on the table”. We even refer to anything remarkable as “the greatest thing since slice bread”!

So, when Jesus declared Himself to be the BREAD OF LIFE, that was a very profound statement. He wasn’t just shooting off words, He proved himself worthy of the name. He had just miraculously multiplied five loaves of bread and two fish to feed five-thousand men PLUS all the women and children.  AND there were twelve basketfuls left over! (If you haven’t heard this story you can read more about it by clicking the “Just Say Know” Bible Study link at the end of this post.) When I was in college, I heard a classmate preach a life-changing sermon on this miracle of the feeding of 5 thousand. It went something like this:

He told of how a great crowd had followed Jesus to a remote area to hear Him speak. As it was getting later in the day the disciples went to Jesus to ask Him to dismiss the people so they could go into the local villages and buy something to eat. Jesus told the disciples to feed the crowd. To this they replied, “It would take eight month’s wages just to give each one a bite”.  Andrew was able to come up with five small loaves of bread and two fish which a little boy had packed for lunch. Jesus instructed the disciples to organize the crowd in rows of 50 and then lifted up the five loaves of bread and two fish and blessed it. The disciples began to distribute the bread and fish. “Imagine if you will”, my classmate said, “that the disciples pass the bread to the first row, the second row, the third row and  then on to the next seven rows. But instead of proceeding to rows eleven and beyond, they take the food and distribute it again to rows 1 through 10. They continue to pass it just to these same 10 rows over and over again, leaving those in the rows behind them waiting for something to eat as they become faint from lack of nourishment.”  My classmate’s sobering conclusion likened this “alternate” scene to the Christians of America.

God has been faithful and done his part to multiply the bread. We, as Americans are blessed with a rich Christian heritage on which our country was founded. And here in the U.S., with few exceptions, we have been “fed” over and over and over again while many all over the world are still waiting for the Bread to be passed to them.

Just about anywhere in the United States we can turn on the radio and find at least 4 or 5 Christian stations. We can go to any bookstore or Walmart-type department store and buy a bible. We can go online on our computer and read the Word there. According to a recent study by the Neilsen Company over 80% of homes in US have a computer and 92% have access to the internet. But for most of the world that is not the case. (If you’d like to see just how blessed we are, click on Internet World Stats. Note: To get a better understanding, you need to click on each region and then look at internet usage per country)

We, as Americans also have such a material abundance that if we began to distribute some of what God has blessed us with, we could help relieve the world of physical hunger as well. If you believe with me that now is the time to “pass the bread” to those who have not tasted what we have tasted, I would like to encourage you to do so! If you don’t know of any organization through which you can have an impact, I will be featuring different “Outreach” opportunities periodically here at Betteroffread.com under the Opportunities Menu. Today I would like to feature Latin America Childcare. We have supported Latin America Childcare for over 25 years and have found this organization to have integrity. Over 90% of what you give will actually get to the children it helps.

“It is written: `Man does not live on bread alone, but on every word that comes from the mouth of God.’ ” Matthew 4:4

Latin America Childcare nourishes both the physical and spiritual needs of thousands of children and is a worthy organization to receive your support. If you would like to share other opportunities please feel free to comment. LH